WE CAN MAKE A DIFFERENCE!

The San Diego Brain Tumor Foundation is grateful to our faithful board members who dedicate their time to make a difference in the lives of brain tumor patients and their families in San Diego. 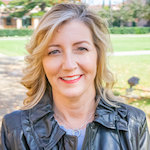 The driving force behind the San Diego Brain Tumor Foundation, Connie Reeves Campbell formed SDBTF in 2002. After being diagnosed with a brain tumor in 1998, Connie’s husband Dennis lost his battle in 2000. Connie was determined to help others diagnosed with brain tumors, as well as their families and caregivers.

Volunteer work has always played a key role in Connie’s life. As an 8-year member of the San Diego Junior Chamber of Commerce, she was appointed the Committee Chair for America’s Finest City Week and was responsible for every aspect of the week, including the fundraising. The Hillcrest Receiving Home, now the Polinsky Children’s Center, was a beneficiary of 3 years of Connie’s volunteer service. Connie served on the SITE SoCal (Society for Incentive Travel Excellence – Southern California Chapter) board from 2007-2018. Fulfilling a variety of board positions, she was instrumental in coordinating many of their community service efforts and raising money for charity – over $1 million during her time with the organization. Connie has also served in various roles with The National Brain Tumor Foundation, the San Diego Epilepsy Foundation, the San Diego Hospice annual golf tournament for Camp Erin, and a number of other charitable organizations.

In 2002, Connie founded her own company, Connie Reeves & Company, combining her creative energy and organizational expertise to execute unforgettable travel experiences and special events of all sizes. Connie’s company has been a leader in charity, receiving a Certificate of Appreciation from the County of San Diego and a Special Commendation from the mayor.

When she’s not working with the foundation, she can be found orchestrating exceptional events all over the world, gathering with friends, practicing yoga, and spending time outside in her garden.

Connie has used the tremendous impact of brain cancer on her life to equally and positively impact the San Diego brain tumor community. Her passion and empathy for patients and families is abundantly evident through her drive, dedication, and personal sacrifice. It is precisely this passion that drives the San Diego Brain Tumor Foundation, and shines brightly in all of its endeavors. 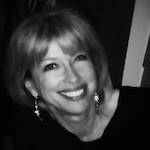 Darcy Mitchell Cohen was raised in Indiana and moved to San Diego 29 years ago. Darcy graduated with honors from the University of Denver and earned her JD degree with distinction from the James E. Rogers College of Law at the University of Arizona. Darcy is Senior Legal Counsel at Qualcomm Technologies, Inc. where she provides counsel to the Corporate Research & Development group and the Office of the Chief Scientist. Darcy has been with Qualcomm since 1995. Prior to joining Qualcomm, Darcy worked as in-house counsel at United Technologies Corporation and a local software company.

Darcy learned to be of service to others through the example set by her parents who both volunteered tirelessly in various community and national service organizations. When Darcy first arrived in San Diego, she volunteered through the Volunteers in Parole program as a mentor to girls released from the California Youth Authority. She also taught mentally and physically handicapped children to swim through a program at UCSD. Later, while raising her family, Darcy volunteered at her sons’ schools and with the youth program at her church. She also participated in Teen Volunteers in Action with her son. Through TVIA, Darcy and her son participated in many volunteer projects from beach clean ups to planning and participating in a holiday program for the elderly in downtown San Diego.

In addition to serving as a Board Member of the San Diego Brain Tumor Foundation, Darcy also volunteers at Father Joe’s Villages and provides legal services to victims of human trafficking and domestic violence through the Casa Cornelia Law Center.

Chris Hildebrand is a native San Diegan who attended local schools and graduated with honors from San Diego State University with a major in Art. With her art degree in hand, she worked in banking for eight years and later as an office manager for a local church. For the last 16 years she has worked as an artist/wood sculptor designing and creating commissioned art work for individuals and organizations.

Chris has always been heavily involved in volunteer work and has served willingly in a large variety of projects and activities including Stephen Ministry, Art Docent, Hurricane Katrina Disaster Work Teams, Prayers and Squares Quilt ministry, Grossmont High School Band Booster Board and the National Brain Tumor Foundation Angel Adventure committee. She also was in charge of a total renovation of her church. For ten years she was co-leader of a three day Women’s Retreat.
Chris is a creative person whose passions include wood sculpture, painting, photography and computer work. She has designed numerous logos, murals and sculptures for local businesses and charitable organizations. She also enjoys music and plays piano and sings in various vocal groups.

Her involvement with the brain tumor community began when her brother, Dennis Campbell was diagnosed with a brain tumor in 1997.
She has served the San Diego Brain Tumor Foundation as CFO/Treasurer since 2009.

Janis Prupes was raised in Los Angeles, California and graduated from Los Angeles Valley College. Jan has over 25 years of professional work experience in accounting management for financial institutions; including AFTRA-SAG Federal Credit Union and California Savings and Loan. Jan was an advisor in the business planning and development of Symitar Systems Incorporated; a software development company that was co-founded by her husband. She was instrumental in establishing the financial systems and managing all aspects of accounting for the newly formed corporation. She was an active and influential participant in Symitar Systems Corporate Event planning and Entertainment coordination.

Jan has participated in and actively supported multiple organizations including Rady’s Children’s Hospital, The Whittier Institute, Scripps Memorial Hospital, UCSD Moores Cancer Center, Lions-Tigers- and Bears, The Betty’s and Hands United For Children.
Jan’s involvement with the San Diego Brain Tumor Foundation started in 2002 when she joined Connie Reeves Campbell as Connie formed the Foundation. Jan’s interest in this organization which gives day to day comfort and care to brain tumor patients and their families is very personal, as she survived her late husband’s passing after an 8 year prolonged battle with Leukemia. She has an intimate understanding of what those afflicted and their families are going through. Her dedication to help and continued involvement is genuine and very sincere. She remains committed to helping and supporting this wonderful cause. 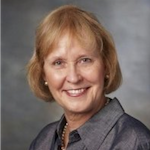 Diane started her career in NYC and after 24 years with a Fortune 500 company, moved to Southern California for her husband’s career.

Diane worked with the American Cancer Society as a volunteer, and worked with the team on the first Relay for Life event in Orange County. She joined JNR Incorporated in Southern California and have continued to work for them for over 24 years. She is also a member of SITE SoCal and has served in the past as VP Charities (3 consecutive years); Committee Member Charities (6 consecutive years), and Holiday Event Golf Tournament Co-Chair (3 consecutive years). She was named a Paul Harris Fellow by The Rotary Foundation of Rotary International in 2015, and is also the Co-Chair of Membership for SPIN San Diego.

She joined the SDBTF Board of Directors in 2019 and helps coordinate the annual 5k Walk/Fun Run and Dennis Campbell Memorial Golf Tournament. She also assists with the crucial job of reaching out to local media to highlight the foundation’s mission.

She loves to travel to South Africa and enjoys their incredible safaris, delicious food, the beautiful people, and amazing culture. It is the “Eat, Pray, Love” of destinations. 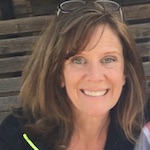 Barbara Trainor Grabill was raised in Ohio and moved to San Diego in the early 1990s. Barbara attended Ohio State University and the University of Cincinnati where she studied Communication Arts & Journalism. She was awarded the Outstanding Arts and Sciences Co-op Student of her graduating class from her work with student media. After graduation, she worked in advertising briefly before realizing her passion was in the social services industry and joined the Cincinnati Association for the Blind in their Public Relations Department. There, Barbara managed the volunteer program, coordinated community outreach programs, wrote grants, press releases, designed agency brochures and annual reports, and assisted in the development of their planned giving program.

After moving to San Diego in 1993, Barbara volunteered in multiple community organizations that served mothers and young children. She managed the neighborhood babysitting co-op, wrote press releases for the elementary PTA, sat on the school site council, assisted in the middle school library, coordinated/taught the Arts Attack program that served children from kindergarten to eighth grade, and volunteered backstage for the Southern California Youth Ballet. Barbara also sat on the Board of the San Diego Soccer Club as the Director of Publicity for five years and assisted with the RBYSA merger at the board level.

In addition to volunteering for youth programs, Barbara has volunteered in the food pantry at Interfaith Community Services with her daughters, assisted in the development of a storefront website for the Foundation for Women, and is a member of the Rady Children’s Hospital Auxiliary.

Barbara attended her first Dennis Campbell Memorial Golf Tournament in 2015 at the invitation of long-time supporters Carrie and Hamid Bahramzadeh, and has been volunteering with SDBTF ever since, joining the Board of Directors in 2018. As a one-time student of cognitive science, Barbara is a strong advocate for brain research, and understands the impact a brain tumor can ravage, from both a textbook and personal perspective. And as a person who is passionate about the social service industry, she firmly believes in SDBTF’s mission of advocating and supporting patients and their loved ones.